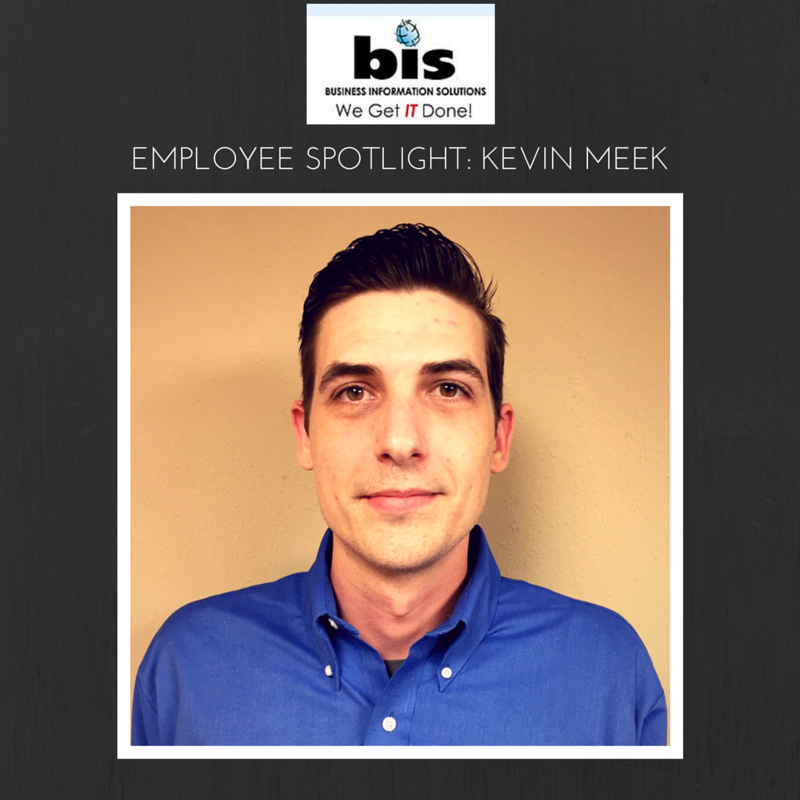 Kevin Meek has been working with BIS as a Project Engineer for over six months. He’s thrilled to be part of a team that works together to achieve success. Kevin works often with one of the owners, Kevin Welch in designing projects, but also works as an on-site and help desk technician.

Kevin discovered he had a knack for this industry after serving in the army as a signal support specialist. He was responsible for setting up radios and satellite communications, eventually moving into computer networking. Soon IT and networking became a passion of his. In addition, he has completed his Associates Degree in Network Administration.

Outside of work, Kevin enjoys skateboarding, playing disc golf, listening to good music and reading. A fun fact most may not know about Kevin is that he was sponsored by Hotline Surf Shop in Virginia Beach to be a professional skateboarder when he was 16 years old! Go Kevin! We’re privileged to have your expert reflexes in action when diagnosing and designing networks!

By signing up to receive our emails, you’ll always stay informed of our exclusive promotions, new products launches, and upcoming events.